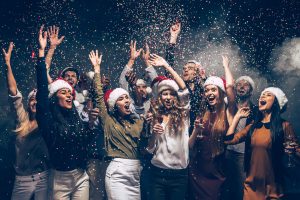 Final blog for The Hotel Collection, on the subject of celebrating Christmas and the New Year at The Billesley Manor Hotel.

Christmas may seem like a long way off right now. But short of putting up the Christmas tree and decking the halls (hotel) with holly, preparations for that most wonderful time of year are in full swing at The Billesley Manor Hotel near picturesque Stratford-upon-Avon.

Whether it’s reminiscing with family, celebrating with work colleagues or catching up with friends, The Billesley Manor Hotel has everything you could possibly need for a fun-filled Christmas to remember, including fabulous Christmas parties, delicious festive lunches, relaxing spa days and romantic winter breaks.

Christmas is a truly magical time, and with a range of festive events guaranteed to make your Christmas sparkle, you’ll be spoilt for choice celebrating at this charming 4 star 16th century manor house hotel. 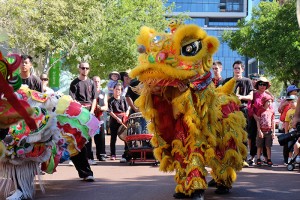 There’s nothing quite like a good celebration to bring people and communities together, especially free community events. This year I had the opportunity to experience my first ever Chinese New Year festival, when I popped along to Northbridge for the Chung Wah Association’s family-friendly one-day street celebration.

Now Perth, as I’ve discovered during my relatively short time here, is a wonderfully diverse multicultural city. And the Chinese community plays a big part in its growing diversity. For Chinese people, the New Year is the most important date of the lunar calendar and a major festival for most Australian cities, Perth included.

Street parades, with lion dancing, firecrackers and food stalls, are a big part of these celebrations. And given the importance of New Year, the festivities, organised by the Chung Wah Association, certainly did the Chinese community proud. Colourful, fun and entertaining, it’s fair to say that Perth’s Chinese community certainly knows how to celebrate in style!

In true Perth fashion, the weather on the day was sunny and warm (although thankfully not as hot as last year’s 41 degree heat I’m told!) with people of all ages out to have a good time, enjoy the pleasant weather and help the city’s Chinese migrants usher in the Year of the Goat. With over 100 stalls selling food and drink and a range of products and services, it was fun to mingle with the crowds on James Street and soak up the lively atmosphere. I especially enjoyed the multi-cultural entertainment – even, dare I admit it, the Morris dancing! But as fun as the daytime festivities were, for me the best was yet to come.

The day was brought to a close with a multicultural concert at Northbridge Piazza. A treat for both the eyes and the ears, like the rest of the crowd I was in awe of the amazing performances. I loved the lion dance; a traditional Chinese dance performed to bring good luck and fortune, and to scare away evil spirits.

The concert also included the show-stopping Chinese mask changing and fire breathing, and the eye-catching Sichuan Kung Fu tea act, which involves pouring tea from an elaborate long-spouted teapot. For me, a Western woman who grew up in a relatively small village in England, this was my first opportunity to experience traditional Chinese culture.

The Chinese New Year Fair left me entertained, educated and much more culturally aware. I felt it was the perfect opportunity to showcase Chinese culture, and perhaps most importantly, allow as many people as possible to learn more about China.