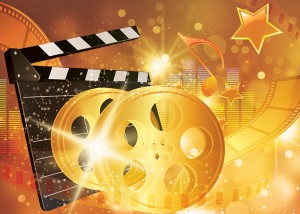 Asian movies have been influencing the Western film industry since the 1960s. For over 50 years Hollywood has been looking to the East and foreign cinema for inspiration, remaking and reimagining some of Asia’s most popular movies.

For Asian films, a Hollywood makeover can be both helpful and harmful in equal measures. Not least because of linguistic and cultural differences, most Western remakes fail to capture the charm and essence of the film upon which they are based. Getting lost in translation would seem to be an unavoidable side effect. Most Western adaptations of classic Hong Kong, Korean or Japanese films fall considerably short in their efforts to emulate the originals. Remakes rarely outshine their inspiration. But perhaps that is as it should be.

Still, however bad their Hollywood makeover may be, there is an upside – and it’s a significant one. What once may have been deemed inaccessible to mainstream Western audiences, more and more moviegoers are now seeking out original Asian films, thereby opening them up to a whole new audience. Original language Chinese films, complete with subtitles, are increasingly appealing to more than just the art house crowd; foreign language films are becoming less, well, foreign.

East Asia has become a global player on the cinematic world stage and their influence on the Western film industry is undeniable. Most Western audiences will be familiar with Asian cinema through martial arts and Kung Fu, fronted by key players like Bruce Lee, Jackie Chan and Jet Li. But there is so much more to Asian films than brilliantly choreographed martial arts action sequences.

The first Asian movie to get the Hollywood treatment was the Japanese-language film Seven Samurai in 1954. The story, about villagers who hire a group of freelance samurai to protect their village from armed bandits, was remade for a Western audience six years later. The Magnificent Seven starred Steve McQueen and Yul Brynner, and to this day is widely regarded as one of the best westerns of all time.
Fifty-four years later and East Asian filmmakers remain as influential as ever on Western cinema.

So let’s take a look at a few East Asian classic movies worth checking out, and their Western interpretations… 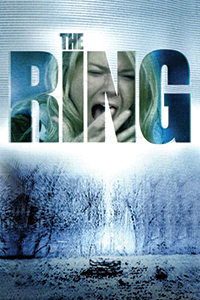 Based on a best-selling novel by Kôji Suzuki, when it was released in 1998, Ring was the highest grossing horror movie in Japanese history. The story of a journalist who sets out to investigate a cursed videotape, dubbed the “New Asian Horror” Ring was given a Hollywood makeover in 2002. Known for its creepy visuals, by 2010 the American “J-Horror” remake became the highest grossing horror remake in movie history, grossing over $249 million.

Widely regarded as the cream of Hong Kong crime-thrillers, this character-centric movie was released in 2002 and centres around a police officer who goes undercover to infiltrate a gang. Infernal Affairs was so popular it spawned a prequel and a sequel. In 2006, acclaimed Hollywood director Martin Scorsese remade the movie for Western audiences. The Departed starred Matt Damon, Jack Nicholson and Leonardo DiCaprio and went on to win four Oscars. 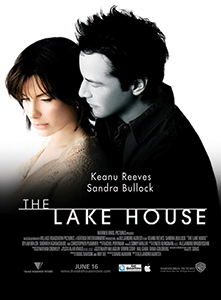 A beautiful little Korean film released in 2000, this romantic drama tells the story of a man and a woman who live in the same house but two years apart. They establish a romantic friendship by communicating through letters. II Mare was the inspiration for the equally sweet The Lake House in 2006 starring Sandra Bullock and Keanu Reeves.

A successful but bored accountant finds happiness through taking ballroom dancing lessons. This delightful award-winning Japanese movie won 14 Japanese Academy Awards. The American version of the same name was a somewhat loose remake. Starring Richard Gere, Susan Sarandon and Jennifer Lopez, although charming in its own right, it fails to capture the magic of the original.

A Hong Kong-Singaporean horror film that has all the characteristics of a good chiller; like most Asian flicks of this genre The Eye combines just the right amount of atmospheric tense horror, which Asian film makers seem to have such a flair for. After receiving a cornea transplant a young blind woman starts to see ghosts. Jessica Alba starred in the 2006 remake, also called The Eye, funnily enough.

A Thai crime thriller about a deaf-mute assassin-for-hire, who eventually gives up his killer ways for the love of a good woman.Although long on style but short on substance, what it does right – exquisite photography, fancy editing and music – it does exceedingly well. The first movie to be directed by The Pang Brothers, they went on to direct the American remake too, featuring Nicholas Cage.