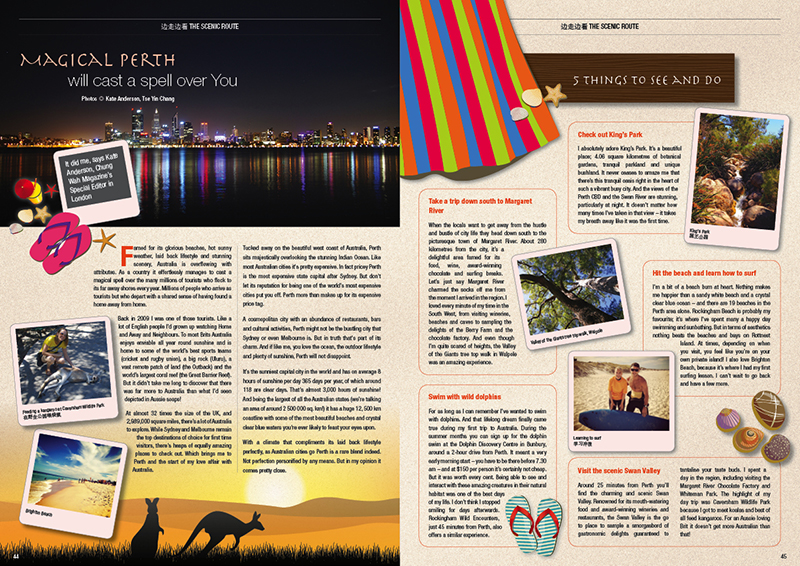 My second commission for the Western Australian Chung Wah Association. The brief was to write an article about Perth and Western Australia from my perspective to be published in their flagship magazine.

The magazine has a print run of about 4,000 copies and is also available to download. The Chung Wah Magazine is a bi-monthly Chinese-English bilingual publication circulated to members of the association and members of the wider community in Perth.

View the July 2014 issue of the magazine