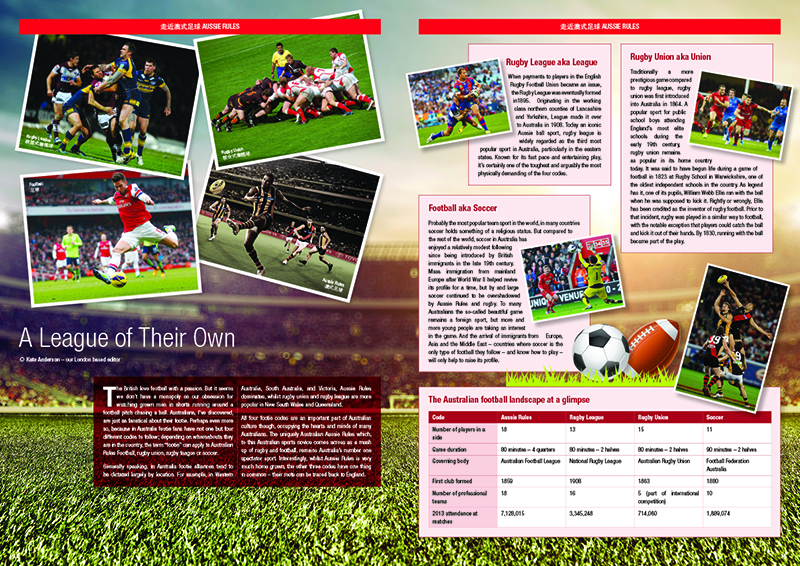 For this issue I was commissioned by the Chung Wah Association to contribute an article for their Aussie Rules Football themed issue.

The article required me to write about other football codes which have British roots, such as rugby union, rugby league and football, and how they have influenced Aussie Rules.

View the September 2014 issue of the magazine