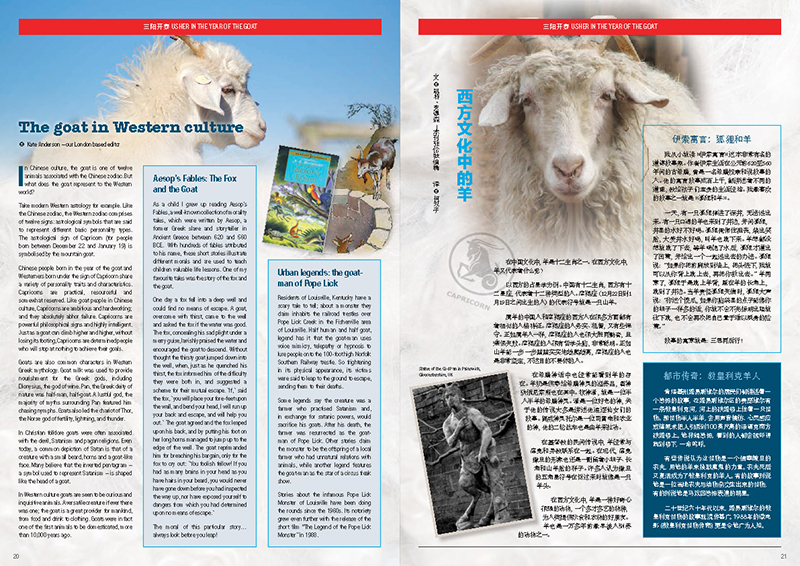 2015 is an important year for people born under the goat sign. So for this Year of the Goat themed issue, I was commissioned to write an article about how the goat is represented in the Western world.

The goat was one of the first animals to be domesticated and it features in Western astrology and mythology, as well as folklore, literature and urban legends.

View the January 2015 issue of the magazine