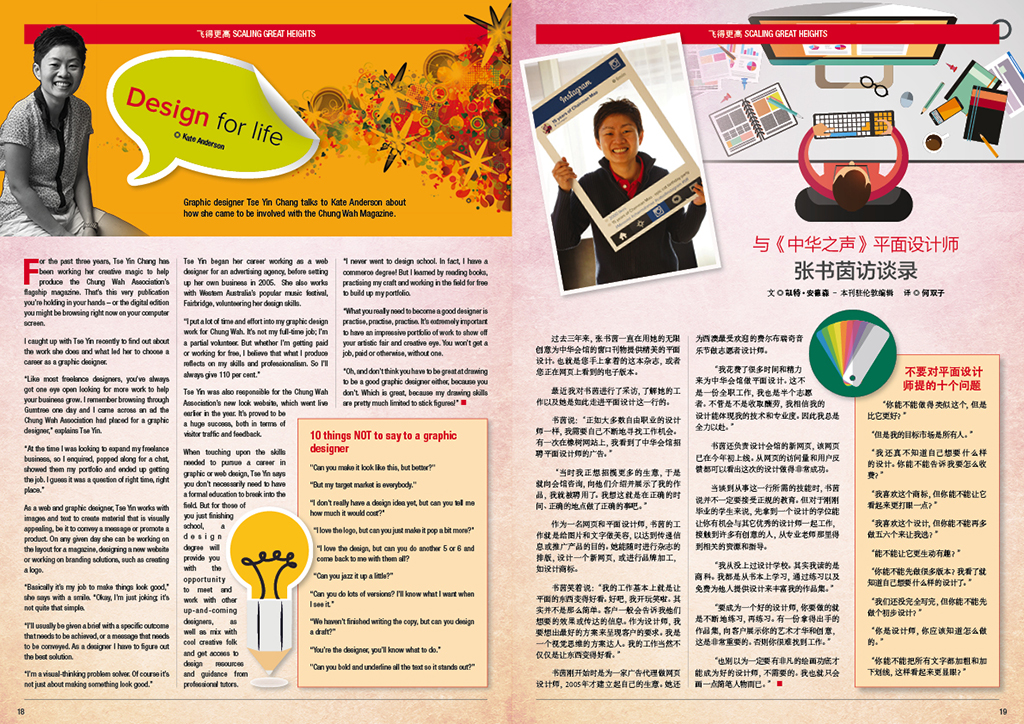 The theme of this issue was professionalism. I was asked to interview Tse Yin Chang, who has been Chung Wah Magazine’s web and graphic designer for the past three years.

Amongst other things, I discussed with Tse Yin how she came to be involved with the Chung Wah Association, and why she chose a career as a freelance web designer.

View the July 2015 issues of the magazine