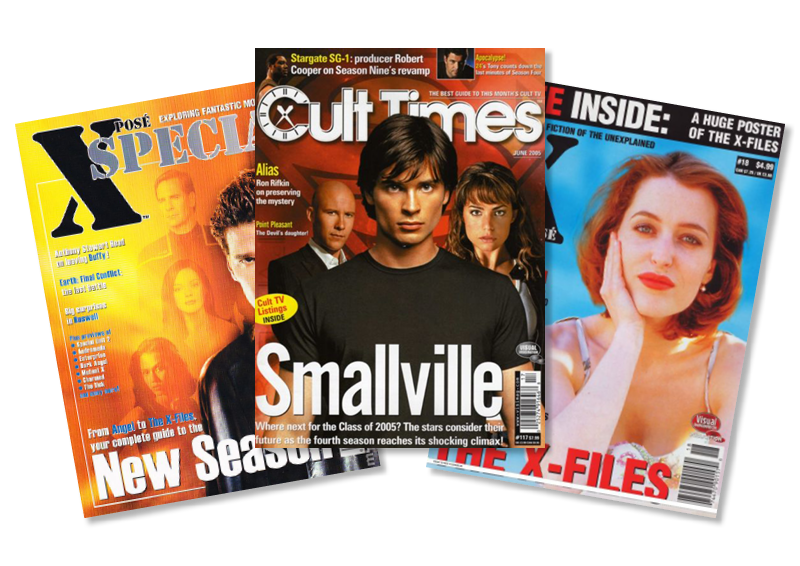 Writing features, articles and celebrity interviews about cult television for two magazines, Cult Times and Xposé as well as associated special editions. The TV shows I covered included The X-Files and Buffy the Vampire Slayer.