It’s official. When it comes to Chinese cuisine Britain is smitten. Surveys reveal it’s the  preferred choice of takeaway for a third of all Brits, surpassing Indian food, Italian dishes and even that old British favourite, fish and chips*.

The results are not surprising though. A nation of takeaway lovers, Britain has a vibrant and thriving Chinese community, scattered amongst its major towns and cities. Thanks to our growing appetite for foreign cuisine, the Chinese food scene in Britain is booming. In fact, Chinese food has become as much a part of British life as fish and chips and the traditional Sunday roast.

But the UK’s love affair with Chinese food isn’t new. Our love of Chinese food goes way back to the nineteenth century. The first Chinese food to be served in the UK saw Shanghainese cafés populate London’s Docklands. Eventually Chinese chefs took to developing new strands of fusion food designed specifically for British appetites. And that meant appealing to a sweeter, less spicy pallet. Anglo-Cantonese favourites such as lemon chicken, crispy duck, sweet and sour pork and stir-fried noodles with beef have been the staple of Chinese takeaways and restaurants for decades.

However with more and more Chinese students and tourists flocking to the UK, nowadays there’s more to British Chinese cuisine than crispy duck! A growing number of authentic Chinese restaurants have made their presence know over the last few years, and not just in Chinatowns. There’s a revolution in Chinese cooking taking place across the UK, bringing with it a demand for regional Chinese dishes.

Fancy sampling some authentic Hunanese food such as stir-fried fragrant and hot fish or Chairman Mao-style steamed belly pork? Then head to Yipin China (70-72 Liverpool Road, London). Featuring an authentic variety of Cantonese, Szechuan and Hunan food, its authentic Chinese food is some of the best you’re likely to find outside of China.

Situated on Level 33 The Shard (31 St. Thomas Street, London) you’ll find one of London’s newest dining experiences, Hutong Restaurant, which is based on the popular restaurant in Hong Kong. Not content with offering spectacular views of the city, the menu features a diverse choice of cuisine from Northern China, including red lantern crab, crispy deboned lamb, Crispy peking duck rolls, and Dim Sum Lunch.

Perhaps China’s trendiest style of cooking, London isn’t the only city to sample the delights of Sichuanese cuisine. With Branches in London, Birmingham and Manchester, check out Red n Hot for authentic Szechuan food. Try the cumin stir fried lamb or the traditional Szechuan hot pot.

In the heart of London’s Chinatown, Maotai Kitchen (12 Macclesfield Street, London) is the place to go to if you’re looking for an authentic Chinese restaurant that specialises in regional cuisine from the Guizhou Province of China. The restaurant takes its name from Maotai Liquor, China’s famous and popular wine. Popular dishes include the sweet sticky rice with red dates and lotus roots and roast duck noodle soup.

It’s been a long time coming, but Chinese menus in Britain are finally starting to embrace authentic Chinese cuisine. As diners become more experimental, opting to sample the delights of restaurants offering regional Chinese dishes, our love affair with Chinese food shows no sign of diminishing. 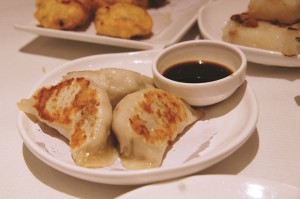 The first Chinese takeaway in Britain opened in 1958 – that was The Lotus House in London’s Queensway.

The first recorded opening of a Chinese restaurant was in London in 1907.

After the Second World War Chinese food grew in popularity, with a rise in the number of Chinese restaurants opening. Many attributed this to returning British servicemen who had acquired a taste for Oriental food after being posted overseas.

Chinatowns are a hub for Chinese restaurants and businesses. Outside of London, cities including Sheffield, Liverpool, Birmingham, Newcastle and Manchester all have growing Chinese communities, which has lead to a growth in the number of Chinese restaurants opening to cope with demand.

In an Amoy survey Chinese food was voted Britain’s favourite takeout over Indian and Italian. The restaurant association claims we collectively eat around 110 million Chinese meals a year. That’s a lot of food!