Castle Combe, a quaint Wiltshire village in the South West of England, has quite the reputation to live up to. Known for its rich history and charming honey coloured Cotswold stone cottages, it is widely regarded as one of England’s prettiest villages. It’s about as quintessentially English as they come and its popularity has tourists flocking to the village all year long.

I’ve had the opportunity to visit Castle Combe on numerous occasions and I love how this medieval village remains practically untouched by modernity. You get an overwhelming sense of what it was like living in a much simpler time. In fact, if it wasn’t for the steady influx of cars, it wouldn’t be too difficult to imagine what Castle Combe would have been like back in the 18th century. 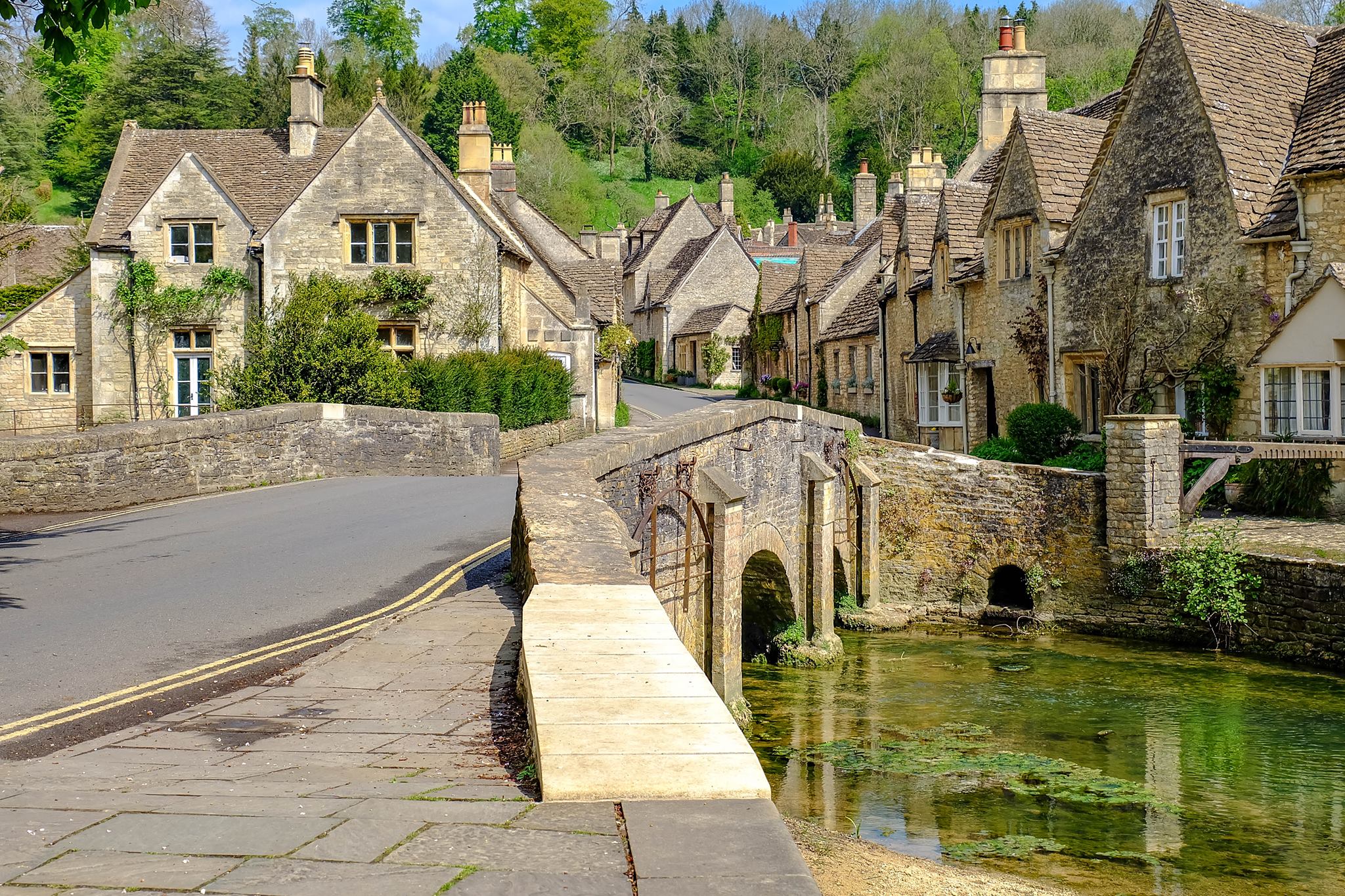 The village itself consists of just two picturesque streets framed by adorably cute stone cottages, two pubs, a church and a rather grandiose hotel, the Manor House. This five-star hotel does a rather nice afternoon tea and even has its own golf course. The idyllic Bybrook River, which runs through the village, finishes off the pretty scene perfectly. It’s the definition of picture postcard perfect.

The medieval market cross – which the village is built around and where the three principal streets of Lower Castle Combe converge – dates back to the 14th century. The village is also said to house one of the oldest working clocks in the country – the faceless 13th century clock in St Andrew’s Church.

I’ve explored Castle Combe at different times of the year and regardless of the season (or the weather!) the village is always busy. Even though local residents remain mostly invisible, you’ll always find small groups of multi-national visitors wandering around and taking photographs. Castle Combe, and the Cotswolds in general, is especially popular with Japanese tourists, who seem to adore the Britishness of pretty chocolate-box villages. Indeed, Castle Combe epitomises everything that makes rural England so charming and unique. It’s picture book prettiness is one of the main attractions for overseas tourists. 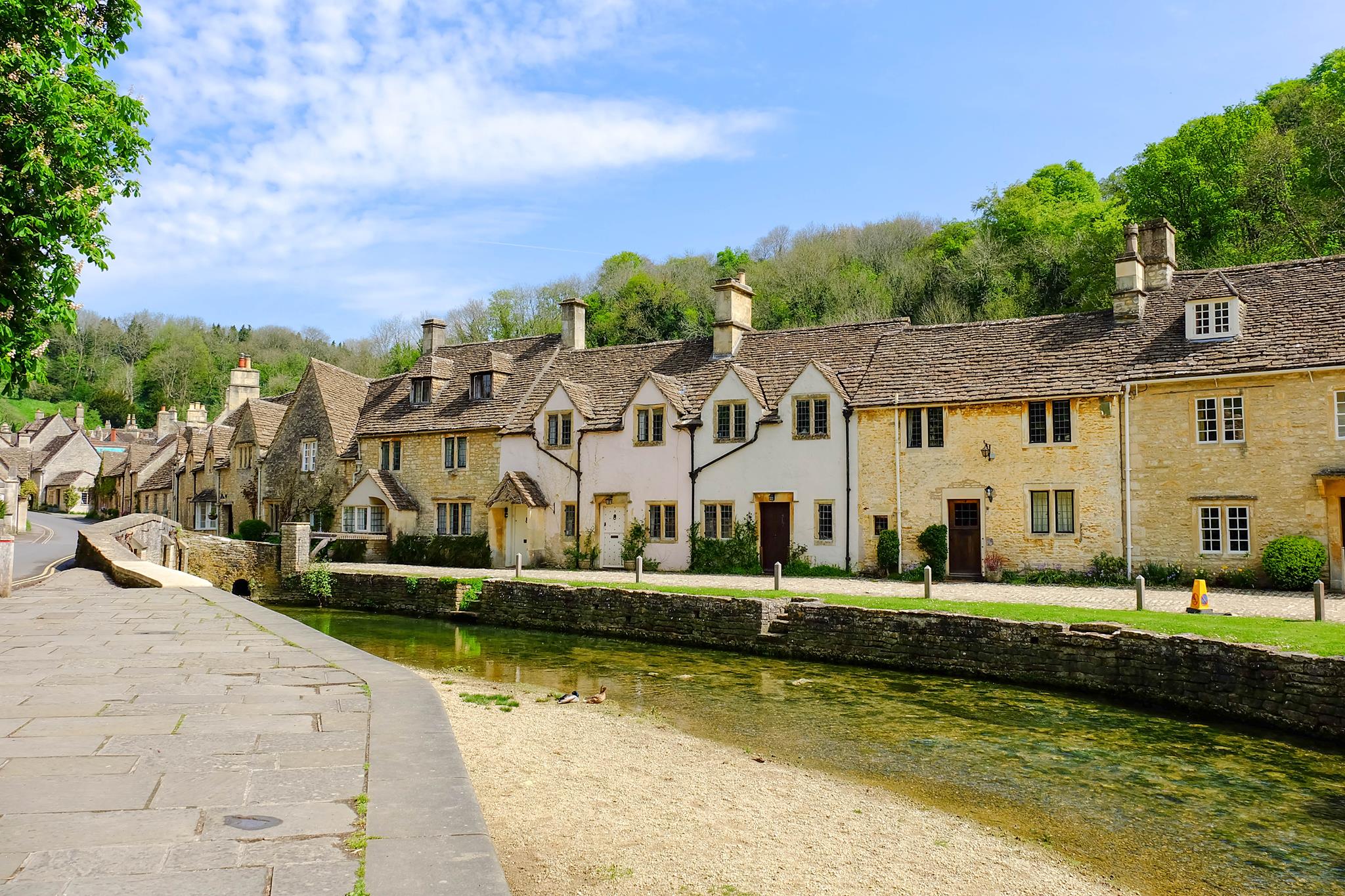 Over the years Castle Combe has become a popular location for Hollywood movies, including War House, Stardust, The Wolfman and Dr Dolittle. It’s back drop makes it the perfect film set for period dramas and this has contributed enormously to the village’s status as a must-see tourist destination.

Despite being such a hot spot for tourists, the village is no longer as bustling as it once was. The primary school, bakery, post office and village shop are all no more. Aside from the hotel and the two pubs, there’s a cafe situated off the village’s picturesque main street, but because of its tucked away location it’s quite easy to miss. If you fancy a bit of homemade cake to take away, there’s a little stall outside one of the cottages – with an honesty box for payment. I’ve tried their chocolate cake and can confirm it’s delicious.

After a leisurely stroll around the village, why not treat yourself to a cream tea at the Castle Inn or afternoon tea at the Manor House. The Old Rectory Tea Room is another option, although pre bookings are essential at this establishment. 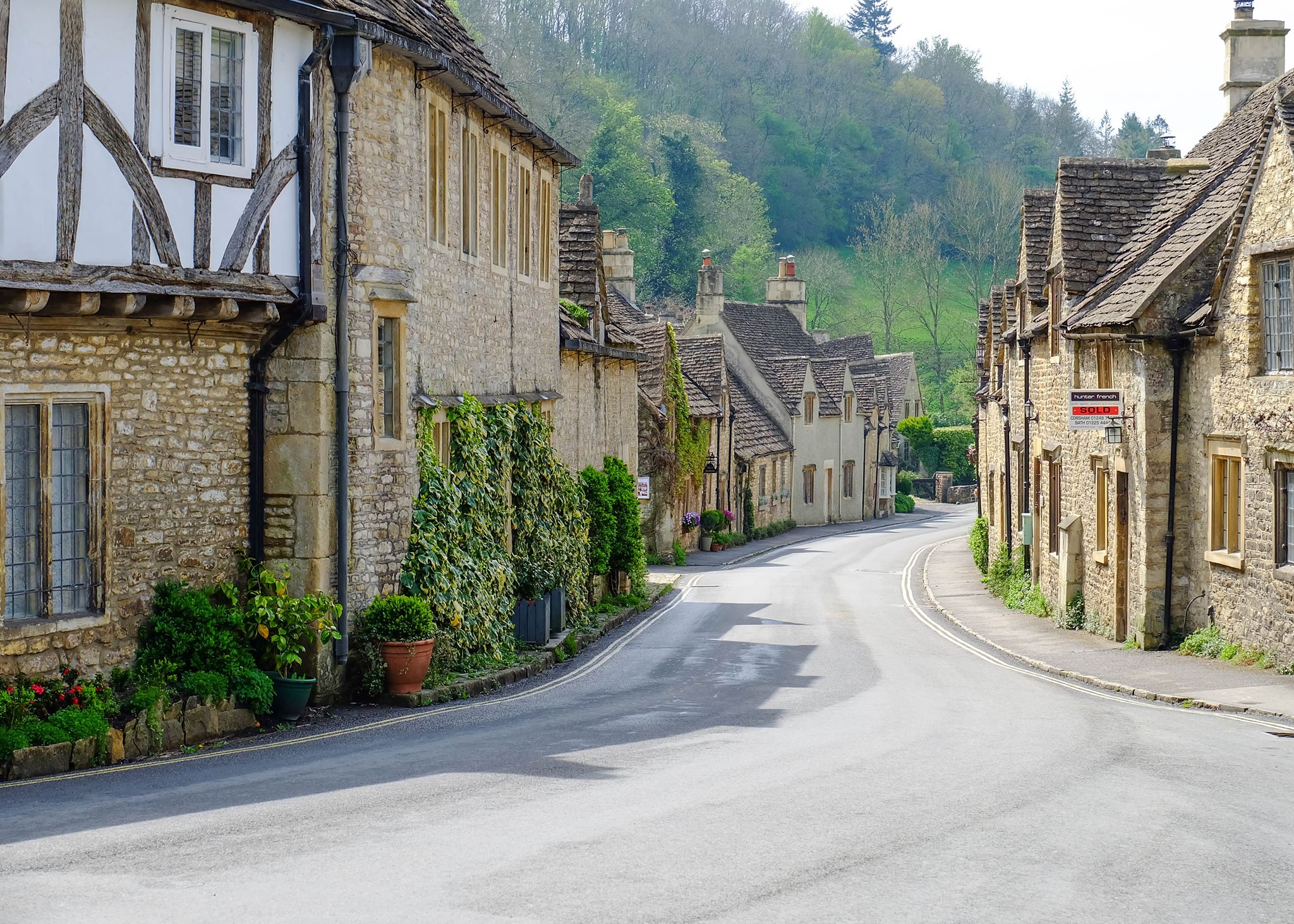 Castle Combe will always be one of my favourite Cotswolds villages. But there are plenty of other pretty villages in Wiltshire, notably nearby Lacock and Grittleton. If you’re happy to travel a bit further afield, Bibury, Bourton-on-the-Water and Stow-on-the-Wold are all worthy of a visit.

The boring bits: things you need to know

Castle Combe can get very busy during peak season. If you’re travelling by car, unless the parking Gods are looking down on you, you’ll struggle to find a parking spot in the village centre. But fear not, there’s a free public car park at the top of the hill. Yay for free parking! But it’s a pretty steep incline, and when you’re walking back up to your car it can feel like quite the slog. Just something to bear in mind if you have difficulty walking.

To get to Castle Combe, it’s around a two-hour drive from London, between 30-40 minutes from Bristol and less than half an hour from Bath.

The best chance you have of taking tourist free photographs is during the week, and definitely not in high season. If you’re visiting in the summer months and want to avoid the steady stream of tourists, early morning or late in the evening is the best time to go. 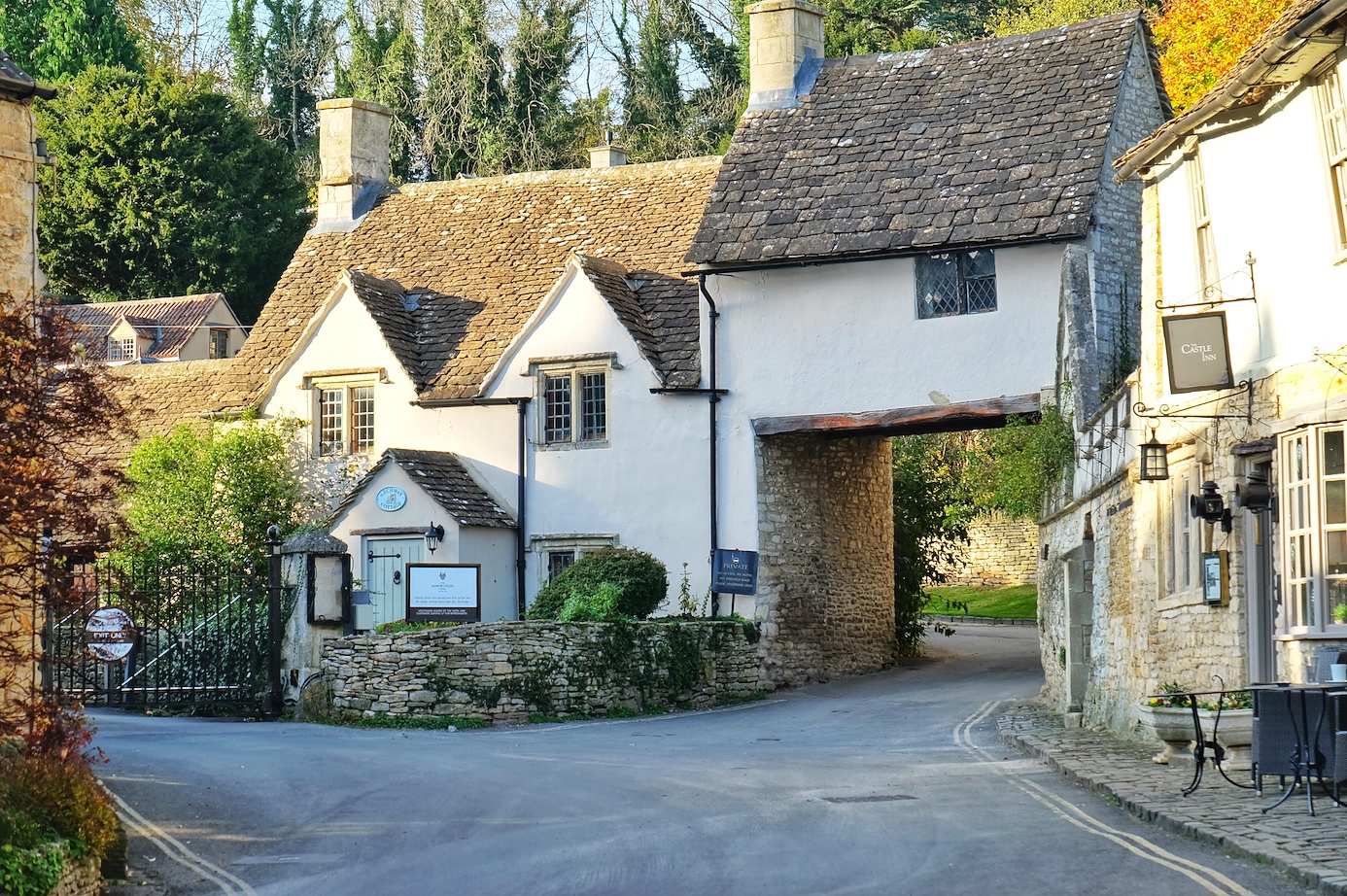