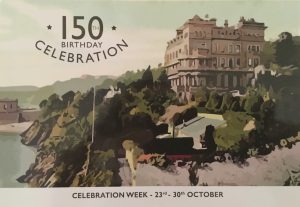 Following on from the press release I wrote about The Imperial Hotel’s 150th birthday celebrations, I was also commissioned to write a blog about the event, which would appear on The Hotel Collection’s website.

Almost 150 years ago, The Imperial Hotel in Torquay first opened its doors to guests. To celebrate its biggest of birthdays, the beautiful 19th Century hotel will be hosting a week-long series of special events in October, including a candlelit buffet and, inspired by one of its most famous visitors, British crime writer Agatha Christie, a murder mystery themed three-course evening dinner.

Read the blog in its entirety here. 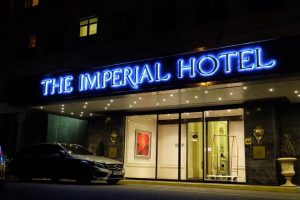 Part of The Hotel Collection, The Imperial Hotel in Torquay celebrates its 150th anniversary this year. I was commissioned to write a press release to publicise their anniversary celebrations in October.

2016 marks a significant year for The Imperial Hotel in Torquay. The magnificent 19th Century Victorian hotel, which first opened its doors to guests on 3rd November 1866, will celebrate its 150th anniversary this year!